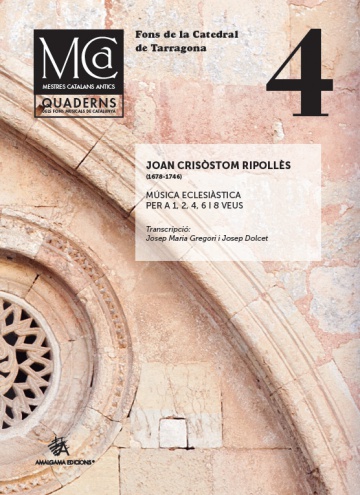 Joan Crisòstom Ripollès was born in Torreblanca (Plana Alta) in 1678 and died in Tarragona in 1746. It is to be supposed that he studied music at one of the cathedral schools close to his birthplace, such as in Tortosa, Sogorb or Tarragona. On 23 May 1699 he was accepted as a lead countertenor at the music chapel of the Cathedral of Tarragona, then directed by Josep Escorihuela1 since 1695. His compositions belong to the typical genres of the ecclesiastical, liturgical and religious repertoire and they all display a strong sense of melody. His cultivation of polychorality makes the influence of the Venetian style clear, introduced into Spain precisely though Valencia. His compositional style is characterized by tonal and textural transparency, freshness and lyrical simplicity, and a very lively narrative dynamic. Moreover, the influence of Italianism, as adopted by composers linked to the Barcelona court of Archduke Charles of Austria, such as F. Valls, P. Rabassa and T. Milans becomes evident in the music he wrote after around 1720. His legacy of compositions consists of thirtytwo works, of which twenty-four are stored in the archive of the Cathedral de Tarragona (TarC); six in the Biblioteca Nacional de Catalunya (National Library of Catalonia); one in the archive of the Cathedral of Valencia; and one in the Santa Pau dels Arcs music archive. Read more See less 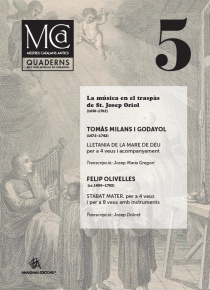 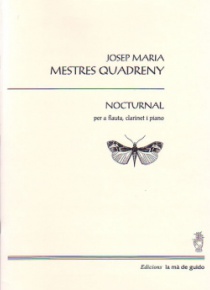 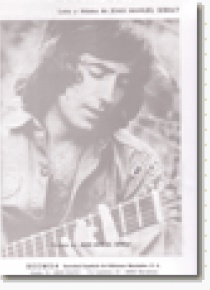 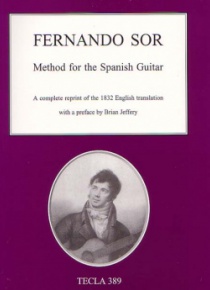 Method for the Spanish guitar 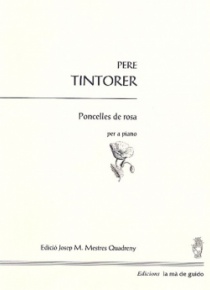 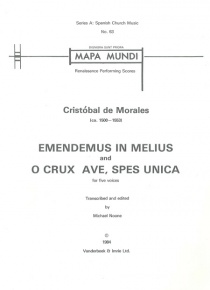 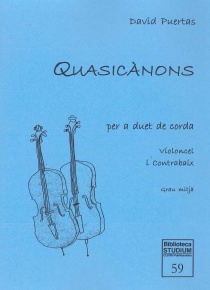