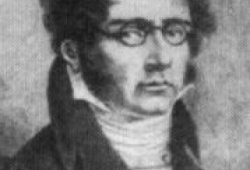 German cellist, composer and conductor, the son of the noted Italian cellist Innocenz Danzi. Born in Schwetzingen, Franz Danzi worked in Mannheim, Munich, Stuttgart and Karlsruhe, where he died.

Danzi studied with his father and with Georg Joseph Vogler before he joined the superlative orchestra of the elector Karl Theodor in 1778 as a teenager.

In 1780 the first of his woodwind compositions was published at Mannheim. After an apprenticeship with the small theater orchestra left in Mannheim, he rejoined the main court in Munich as principal cellist—taking his father’s position—in 1784.

By 1798, once more in Munich, he rose to the position of assistant Kapellmeister in one of the most important musical centers of Europe, but in 1807, unhappy at the treatment he received at court and despairing of any further advancement, he left Munich to be Kapellmeister in the smaller and less important Stuttgart court of Frederick I of Württemberg, the new king of Württemberg. After five years he moved again to Karlsruhe, where he spent the last years of his life at the Royal Konservatorium.

He composed in most major genres of the time, including opera, church music, orchestral works, and many varieties of chamber music. He was a first-rate cellist as well as a conscientious and—by all reports—effective orchestra leader and conductor. 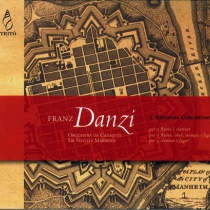