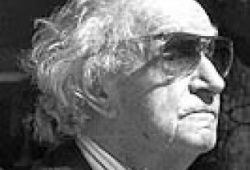 http://www.joaquin-rodrigo.com
Joaquín Rodrigo was born in Sagunto (Valencia) on St Cecilia’s day, the patron saint of music, 22 November 1901. At the age of three he lost his sight almost completely as a result of an epidemic of diphtheria. As he himself was later to affirm, this event undoubtedly led to a vocation towards music. At the age of eight he began his first musical studies, solfa, piano and violin, and from the age of sixteen harmony and composition with teachers from the Conservatoire in Valencia: Francisco Antich, Enrique Gomá and Eduardo López Chavarri. His first compositions date from 1923: Suite for piano, Dos esbozos (’Two Sketches’) for violin and piano, and Siciliana for cello. In 1924 his first work for orchestra, Juglares, was premiered in Valencia and Madrid, and he obtained a diploma in a national competition for the orchestral work Cinco piezas infantiles, which was later premiered in Paris by the Straram Orchestra. From the outset of his career Rodrigo wrote all his works in braille, dictating them subsequently to a copyist.

In 1927, following the example of his predecessors Albéniz, Falla, Granados and Turina, Rodrigo moved to Paris to enrol at the École Normale de Musique, where he studied for five years with Paul Dukas, who had a particular affection for his Spanish pupil. Rodrigo wrote his Sonada de adiós for piano in memory of Dukas in 1935. He soon became known as both pianist and composer, and became friendly with Honegger, Milhaud, Ravel and many other musical celebrities of the time, among them Manuel de Falla, whose advice and support would be decisive in his career. In 1933 he married the Turkish pianist Victoria Kamhi, who thenceforth until her death in 1997 became his inseparable companion and the most important collaborator in all aspects of his work as a composer. He continued his studies of musicology in France at the Paris Conservatoire and at the Sorbonne and also worked in Germany, Austria and Switzerland before returning to Spain in 1939 to settle permanently in Madrid. In 1940 the world premiere took place in Barcelona of the Concierto de Aranjuez for guitar and orchestra, a definitive example of his musical personality and a work which would bring him world-wide fame. From that moment on Rodrigo was engaged in numerous artistic activities, both creative and academic, the following positions being of particular significance: Professor of the History of Music at the Complutense University of Madrid, Head of Music Broadcasts for Spanish Radio, music critic for several newspapers, and Head of the Artistic Section of the Spanish National Organization for the Blind (ONCE). He was also invited to undertake tours as lecturer and pianist throughout Spain and the rest of Europe, Latin America, the United States, lsrael and Japan. Accompanied by his wife Victoria he frequently attended competitions and festivals dedicated to his music throughout the world.

The music of Joaquín Rodrigo is a homage to the rich and varied cultures of Spain. No other Spanish composer has drawn on so many different aspects of his country’s spirit as sources of inspiration, from the history of Roman Spain to the work of contemporary poets. His music is refined, luminous, fundamentally optimistic, with a particular predominance of melody, and with original harmonies. His first works reveal the influence of composers of his time such as Ravel and Stravinsky, but the personal voice is quickly heard which would go on to create a notable chapter in the cultural history of Spain in the 20th century, where the originality of Rodrigo’s musical inspiration goes hand in hand with a devotion to the fundamental values of his tradition.

Joaquín Rodrigo’s numerous and varied compositions include eleven concertos for various instruments, more than sixty songs, choral and instrumental works, and music for the theatre and the cinema. A number of distinguished soloists commissioned works from him, among them Gaspar Cassadó, Andrés Segovia, Nicanor Zabaleta, James Galway, Julian Lloyd Webber and the Romero guitar quartet. His numerous writings on music reveal a profound understanding of his art and include subjects as varied as sixteenth century polyphony, the symphonic poems of Richard Strauss, and the art of the conductor.

Throughout his life Joaquín Rodrigo was frequently honoured by governments, universities, academies and other civil and musical organizations in many different countries. The following distinctions, reflecting the special position occupied by the composer in his country’s cultural history, are amongst the most significant: Gran Cruz de Alfonso X el Sabio, Gran Cruz del Mérito Civil, Medallas de Oro al Mérito en el Trabajo y en las Bellas Artes, the National Music Prize (twice), Doctor honoris causa of several universities, Director of the Real Academia de Bellas Artes de San Fernando, and the Fundación Guerrero Prize. In 1991, to celebrate his 90th birthday, concerts of his music were given throughout the world, and Joaquín Rodrigo was raised to the nobility by H M Juan Carlos I, King of Spain, with the title ’Marqués de los jardines de Aranjuez’. In 1996 the composer was honoured with Spain’s greatest distinction, the Prince of Asturias Prize, awarded to a composer for the first time. The citation notes that Rodrigo’s name had joined those of Falla, Granados and Albéniz among the classics of Spanish music, and drew particular attention to Rodrigo’s definitive achievement of having given dignity and universality to the Spanish guitar as a concert instrument.

Joaquín Rodrigo died at his home in Madrid on the 6 July 1999, surrounded by his family. With the principal aim of ensuring the preservation and dissemination of Joaquín Rodrigo’s music throughout the world, the composer’s only daughter, Cecilia, who is married to the distinguished violinist Agustín León Ara, founded the publishing house of Ediciones Joaquín Rodrigo in 1989 and created the Victoria and Joaquín Rodrigo Foundation in 1999. Read more See less 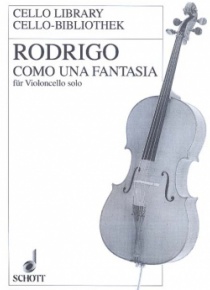 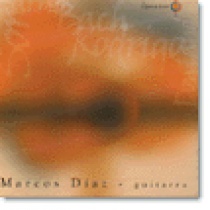 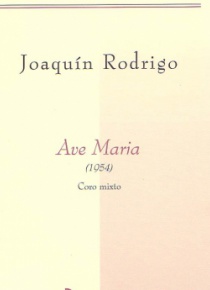 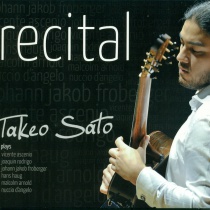 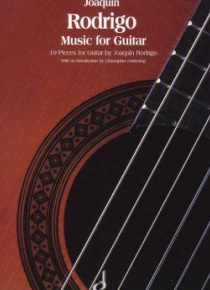 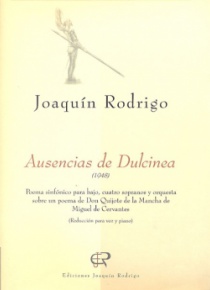 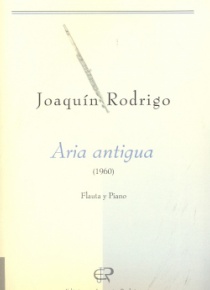 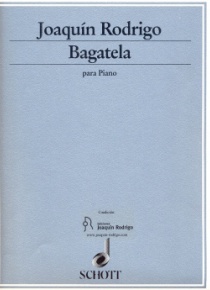 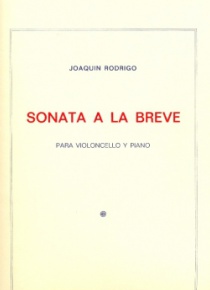 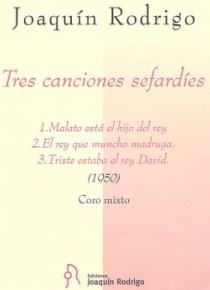 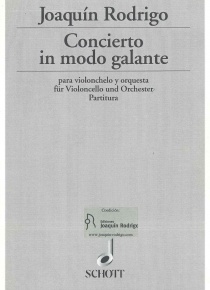 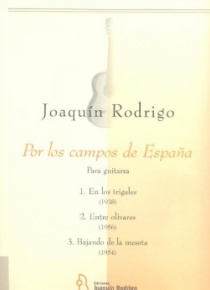 17.10 €
All the products
Joaquín Rodrigo