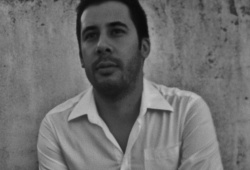 Composer resident in Valencia. Teacher Superior in composition for the Conservatory Upper of Music of Valencia, graduate in contemporary History, and conferring a doctorate at the University of Valencia. The newspaper Levante EMV has described it, like one of the "engaged youngsters of the Valencian electroacoustics." After processing the medium degree of guitar to Ontinyent i Torrent, he accessed with the senior note in the upper Degree, receiving classes of several composers like Rosa Rodríguez, Cesar Cano, Ballade, Jesús Rueda, Llorenç Barber, Ramon Ramos, a, Tamarit, Gregorio Jiménez you Were, among other. Moreover he has received classes and John Waters has been in courses with Leonardo Balada, Jesús Rueda, a Llorenç Barber, Reiner Bischof, Jean Claude Risset & Jose María Sánchez-Verdú, among other. His task has been centered in the years ultims in quantioses premières in electroacoustics music, audiovisual and chamber music in several points of the Valencian geography. To used for the first time in places like the Gallery O+O or the "club Diario Levante". The year 2008 was the composer selected to open the composer to open the "I Sample Xarrades in short from Valencia". The year 2009 y selected for the "Seminario Permanente de Composición" was elected for the "Proyecto ZDI of Madrid" of the "group Instrumental".Ha in receipt orders of the "Museo René Magritte" of Bélgica for year 2009 y 2010. In the present, he prepares the publication of two of his scores. Moreover Josep Melcior Gomis has carried out several artícles in specialized magazines about the musical identity and the decimonònic composer. Miquel À. Múrcia belongs to the Association of Electroacústics Musicians of the Spanish State. AMEE Read more See less 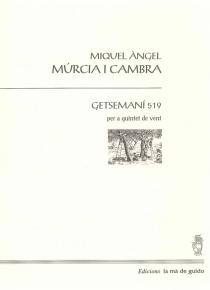 12.48 €
All the products
Miquel Àngel Múrcia i Cambra