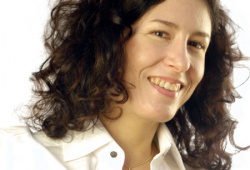 Two weeks after her graduation as Kapellmeisterin, in Zürich 1995, Ramos Triano won the Opera Prize in the Conducting Competition of Besançon. Further Prizes in Brasov, Granada and Cadaqués, opened her the way to work with orchestras at international level, such as London Symphony Orchestra, English Chamber Orchestra, Wiener Kammerorchester, Leipzig Rundfunkorchester, or Sankt Petersburg Symphoniker.

Artistic Director and Conductor of several orchestras, like the Orquesta de Cordoba, 2001-2004, as the first Spanish woman to obtain this position, with much successful audience increase and press critics.

Her preferences about repertoire include works from the classical period until nowadays, concert as well as opera. Ramos Triano has a special predilection for contemporary and XX century music, having premiered countless new works, as well as those from composers like Pierre Boulez, H.W. Henze, Sánchez-Verdú, Xenakis, Luis de Pablo, or García-Abril. She herself, dedicates also much time to composition, having conducted her own works with orchestras and Ensembles, in Spain and abroad.

22.88 €
All the products
Gloria-Isabel Ramos Triano